The developments aim to transform Hatta into a destination for tourism, business and investment …

Hatta’s development master plan will improve infrastructure and implement a number of projects and initiatives in the emirate over the next 20 years. The aim is to transform Hatta into an attractive local and international destination for tourism, business and investment.

Speaking about the initiative, Sheikh Mohammed said that four key strategic pillars will be covered: well-being, tourism, sports and activities and sustainability.

Sheikh Mohammed explained that the project will be implemented as part of a five-year development plan at the initial stage.

The ruler of Dubai has specified a project called Hatta Beach which aims to transform the region into a year-round tourist destination. According to Emirates News Agency, the project will create investment spaces and facilities as well as activities for tourists in the waterfront areas that will help increase tourist flows to Hatta.

Sheikh Mohammed approved the Supreme Committee which will oversee the development plans and their implementation. In line with Dubai’s sustainability goals, the Committee will develop plans to conserve Hatta’s environment, mountain ecosystem and cultural heritage.

In addition, Sheikh Mohammed also reviewed the development of sustainable hotels that will provide multiple services to the community and support tourism and sports activities.

A mountain side spa will also be built with the possibility for guests to practice sports and activities adapted to the terrain of Hatta.

The area will also include a number of motels run by local residents where guests can enjoy the region’s natural mountain scenery. 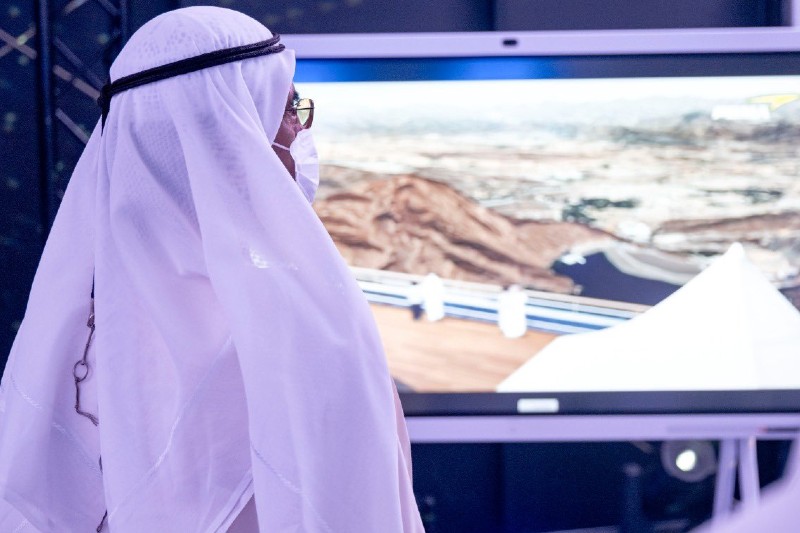 In January of this year, it was also announced that Hatta will soon be home to a cable car and waterfall. The cable car or funicular will be the first of its kind in the region and will facilitate the movement of visitors to the dam. There will even be a stair plan in place with a modern architectural design to improve access to the dam with several rest areas along the way. The project is expected to attract one million cyclists per year.

There are plans to build a bicycle and scooter track on a 120-kilometer network connecting all major attractions and residential areas. It also includes the construction of the UAE’s longest mountain biking track, which will host international competitions and events.

Plans will also be in place for a sustainable transport system including direct bus services from Dubai to Hatta where passengers can carry their bikes and scooters. Tourist coaches will also be made available to transport passengers to heritage sites.

No completion date has been set, but we’ll let you know as soon as we do.

> Sign up for FREE to get exclusive updates that interest you

HELP WANTED: Kitchen staff, housekeepers, front desk assistants, bartenders, waiters, kitchen workers, cooks. And the list continues. With 68,000 people receiving unemployment compensation and only 10% working, local hotels and motels are still struggling to find help as an avalanche of tourists is expected to hit South County this summer. And it comes as the […]

Most hotels in Kuakata are booked for Eid

Tourism activity in Kuakata is expected to boom during the Eid holiday as most rooms at 130 residential hotels and motels have already been booked. Hoteliers expect to make up for losses suffered during the Covid-19 pandemic, reports our Patuakhali correspondent. For all the latest news, follow the Daily Star’s Google News channel. The Muslim […]

Moving forward with the implementation of its new excise policy, the Delhi government led by the AAP has invited hotels, clubs, motels, bars and restaurants to submit applications to serve alcohol in their premises. Arvind Kejriwal’s government has already awarded new licenses for 850 retail liquor distributors in 32 areas of Delhi. An order issued […]